Is there a sign language common to all cultures?

Idea TranslationsBest PracticesIs there a sign language common to all cultures? 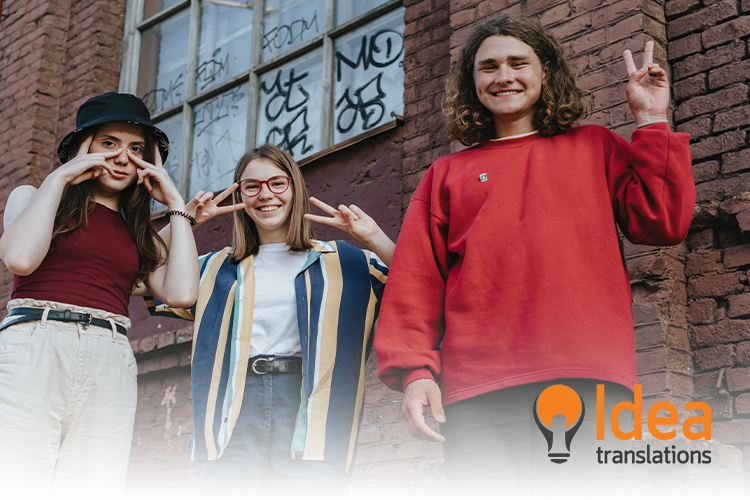 Used when oral communication is impossible or undesirable, sign language is most probably older than spoken language. While it can be expressed with simple grimaces and body movements, it can also use a combination of coded hand signals, reinforced by facial expressions.

Currently, different sign languages are used in various countries or regions. According to the World Federation of the Deaf, there are more than 200. Thus, British Sign Language (BSL) is different from American Sign Language (ASL), and Americans who know ASL may not understand BSL.

As noted in the Encyclopedia Britannica, in the mid-18th century, the first teacher of deaf children, Charles-Michel, developed a system for spelling French words with a manual alphabet and expressing whole concepts with simple signs. From that system, French Sign Language (FSL), a precursor to American Sign Language (ASL) and many others was created and is still in use today. It was brought to the United States in 1816 by Thomas Gallaudet, founder of the American School for the Deaf in Hartford, Connecticut.

ASL is a complete natural language that has the same properties as spoken languages, with a grammar that differs from English. It is expressed through hand movements and facial expressions, and is the primary means of communication for many hearing-impaired Americans. Some people who are not hearing impaired also use it regularly.

“ASL is a separate and distinct language from English, it contains all the fundamental features of the language, with its own rules for pronunciation, word formation and word order. While each language has its own way of indicating different functions, such as asking a question instead of a statement, they differ in how it is done. For example, English speakers may ask a question by raising the pitch of their voices and adjusting the word order. ASL users ask a question by raising their eyebrows, opening their eyes wide and leaning forward,” explains the National Institute on Deafness and Other Communication Disorders (NIDCD).

At the same time, each user brings his or her own particular way of expressing ideas, as happens in any other language. NIDCD experts add that ASL has regional accents and dialects, with variations in the rhythm of the signs, pronunciation, slang and signs used.

The importance of diversity

The idea of having a universal sign language is almost impractical and even ridiculous, since each culture and each specific user group has different needs. As with spoken languages, of which there are now more than 7000, sign languages express the diversity, lifestyles, nuances and particularities of each region in which they originate and evolve.

About 1 million people use American Sign Language (ASL) as their primary form of communication. Source: Newsweek

“The diversity of sign languages seen around the world indicates that local and regional language and culture are significant elements in the evolution of sign language, as with the development of any spoken language, regardless of its origin. However, many people have wondered why there is no one universal sign language. This may be analogous to asking why there is no single universally accepted spoken language worldwide,” notes recent research by experts at the Ziauddin and Muhammad Ali Jinnah Universities in Pakistan.

Each of the 200 sign languages expresses a worldview and was developed according to its context of use. Yet another example of how important diversity and inclusion are in all areas.