Idea TranslationsCase StudiesSecrets to Learning a Language: Get to Know Its World

I’ve been wanting to write about my linguistic “experiences” in Argentina for quite some time now, when I learned (and continue to learn) to speak Spanish. I was 25 years old then. I had just arrived in the country and my oldest daughter was just two months old. We arrived in Buenos Aires and I wanted to start learning how to communicate correctly as soon as I got there, since I wanted to work in my field: Journalism. To that end, I enrolled in a language institute and started taking classes.

It was located in a lovely area of the Palermo neighborhood and my teacher’s name was Verónica. Everything was beautiful and wonderful, but I started feeling strange the first week. We used a traditional Spanish grammar book. Very good: “El hombre jala el piano,” said the lesson. “La muchacha coge el teléfono.” So far so good, it was European Spanish, which didn’t quite resemble the Spanish spoken in Buenos Aires, but it was to be expected. I got out of class, went home, and turned on the TV: “el colectivo quedó hecho pelota luego del shock, porque vino a los pedos de la otra esquina.” I clearly didn’t understand anything and wrote down some sentences to take to my next class so I could ask my teacher. The days went by and the TV taught me “extracurricular” things every day that didn’t come up in class. I also learned new things on the streets by talking to people. This one day, I went to a medical appointment and the doctor asked me, “¿Cómo estás de cuerpo?” [literally “how’s your body”; actual meaning “how are your bowel movements”]. I immediately looked down at my body, stomach, legs, and arms and replied smiling, “¡Creo que está bien!” [I think it’s okay!]. And she laughed. Or this one other time, I heard a guy tell his girlfriend, “¡Te voy a comer la boca!” [literally “I’m going to eat your mouth”; actual meaning “I want to kiss you”] and I thought they were about to start arguing…

These are the types of phrases or expressions that often define the personality of a population, a region, but that certainly cause great confusion. This even happens in countries with the same language within Latin America, such as Mexico, Colombia, Peru, Cuba, Uruguay… Latinos themselves have certainly felt lost at times trying to decipher the thousand uses of the word “pedo”. In Mexico, it is used with “¿qué pedo, buey?” [what’s up], “no hay pedo” [nothing’s going on], “estar al pedo” [doing nothing], “tirarse un pedo” [fart], “ni en pedo” [no way], “de pedo” [luckily], “estar en pedo” [drunk], “a los pedos” [in a rush], etc. Watch this video.

Once, when asking for a Choripán [chorizo sandwich], they offered me Mariposa [literally “butterfly”, which actually means “cut in half”] and I refused, saying that I only wanted cho-ri-zo.

That’s why it’s so important and I insist that my students learn this. Regardless of knowing how to conjugate verbs properly, each student has to immerse in the entire “world” of the country where they are and the language they are learning. As for me, a teacher of Portuguese for Spanish speakers, I try to show them that this can often be a matter of survival (literally speaking, what if I had turned down that chorizo “butterfly,” and it was the last sandwich on earth?). In Brazil, more specifically in São Paulo, there are many expressions that have been used for years and are becoming more and more ingrained in our culture: “tirar o cavalinho da chuva,” “bate-papo,” “papo-furado,” “puxa-saco,” “com a pulga atrás da orelha,” “dar um jeitinho”… How can you translate, let alone imagine that “with the flea behind the ear” means distrust?

None of them — with their resulting explanations and origins — make sense if they’re translated literally. Therefore, there’s nothing more righteous and praiseworthy than studying them. I believe that our languages are rich and plentiful, which gives room and makes way for delving into broader topics, not just formal grammar, syntax, and morphology. The language is alive and rich, which is why we can learn many things every single day in all the cities of all the countries where we’re going to live. In Argentina, my Spanish obviously became enriched by me talking to people on the streets, exchanging experiences, and talking to students from Mexico, Colombia, Chile, Uruguay and Spain! Of course it did! The famous “de la ostia” in Spain or the popular “pedo” in Mexico are things you can’t learn from books. You learn them by talking to people and experiencing the local culture.

Here are some websites where you can see the most expressive phrases that characterize Argentinians (according to them). 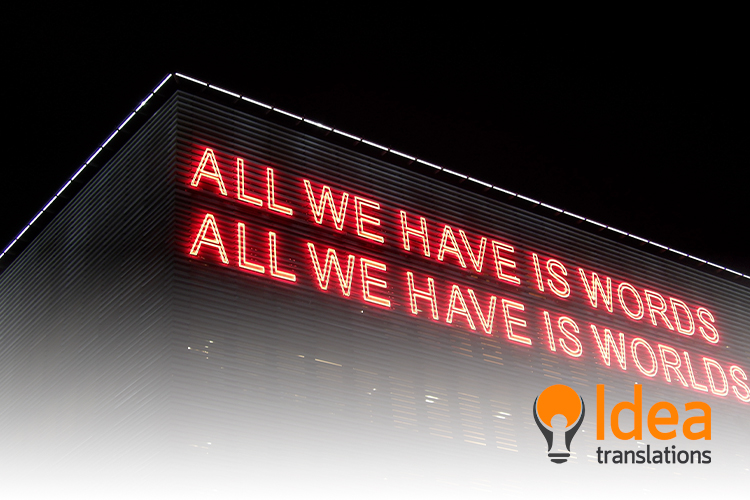