When Mistranslations Change the Course of History 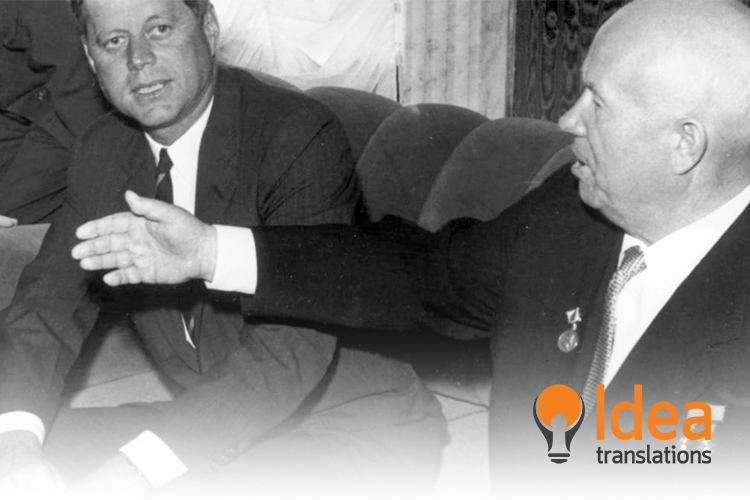 The globalization of information has highlighted, especially in the recent decade, the importance of precise and responsible translations. If a scientific publication on critical topics, such as the human genome or climate change, is disseminated and reaches the public improperly, this can have very negative consequences.

The same is true in international relations, a field in which there is often no room for error. What mistranslations have defined the course of history?

About 2,300 years ago, the Hebrew bible was translated into a Greek version now known as the Septuagint Bible or The Translation of the Seventy. Several shortcomings in the translation of that text were based on a lack of attention to synonyms. For example, the Hebrew words for “love,” “mercy” and “compassion” are often confused because they mean almost the same thing.

The Bible can now be read in almost 700 different languages. For the New Testament, the number rises to more than 1500 languages. Source: Stand to Reason

Similarly, since most young women in ancient times were virgins, those who translated the Hebrew Bible did not bother to distinguish the words “virgin” and “young woman”. This is how the Hebrew text of Isaiah 7:14, which describes a young woman giving birth to a child to be called Emmanuel, was translated into Greek as a virgin woman giving birth.

The errors in the translation of the Bible – including oral transmission which went on for centuries – were just the prelude to many other errors, some probably more unfortunate, which occurred especially in the nineteenth and twentieth centuries. In fact, in the field of diplomacy, where some of the most high-profile mistakes have been made, a single misinterpreted word can cause a great deal of damage, as the examples below show.

The Impact of a Poor Choice of Words

More than a century later, in 1956, Soviet leader Nikita Khrushchev reportedly said he would “bury” the Western ambassadors present at a banquet at the Polish embassy in Moscow. The press spread the news and the potential threat made its way to the front pages. American society was outraged and feared an imminent nuclear attack.

If we take into account the context and look back, what Khrushchev said is more along the lines of “Whether you like it or not, history is on our side. We will dig you in.” An accurate translation of what he meant is that communism would survive capitalism, which he believed was on the road to self-destruction. He also referred to a famous quote from Karl Marx’s Communist Manifesto which says: “What the bourgeoisie produce, therefore, above all, are their own gravediggers.”

In 1977, in a speech delivered during the U.S. president’s visit to Poland, Jimmy Carter seemed to express sexual desire for the then-communist country. Or, at least, that’s what his interpreter stated. It turned out that Carter had said he wanted to learn about the Polish people’s wishes for the future: his interpreter instead said that Carter desired the Poles. In turn, when Carter said he was happy to be in Poland, the interpreter claimed he was happy to grab Poland’s private parts.

According to Time magazine, Carter’s interpreter, Steven Seymour, also made history by changing “I left the
United States this morning” to “I left the United States, never to return.”

Michelangelo’s sculpture Moses has horns because of a mistranslation of a biblical passage from the Hebrew term qāran, meaning “brilliant” or “emitting rays.” Jerónimo de Estridón translated it as qeren, meaning, “horn”. Source: Daily Art Magazine

Just as there are concepts that pose challenges for translators and interpreters, there are also languages – as in the case of Polish or Russian – with particularities that can lead to profound errors if not thoroughly understood. In an article in which he discusses various Korean terms, Kim Seong-kon, Professor Emeritus of the English language at Seoul National University, explains: “The importance of correct translations cannot be overstated, as well as choosing the right words. Otherwise, we are likely to run into many misunderstandings that will jeopardize our good relationship with English-speaking countries.”

The definition is appropriate for each of the examples we have seen, and it even holds true in this multicultural world. We know that many mistranslations have been made throughout history and have impacted various fields, from politics to art. Once again, it is the experienced work of professionals that manages to bridge those gaps and avoid global misunderstandings.