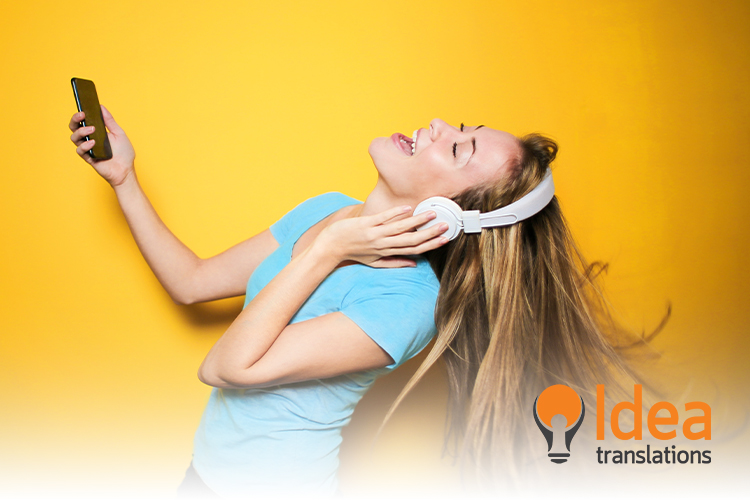 Studies show that children who learn music from an early age find it easier to learn languages even in adulthood. In fact, just one hour a week is enough for the brain to benefit, not only through a general boost in language skills, but also in a significant increase in IQ.

Among its many benefits, how does music help us learn a new language?

Sounds that are good for you

Using methods such as music therapy and imaging technology, a number of scientists are studying and have begun to understand the effect of music on a person’s health and well-being. In fact, it has been documented that learning music as a child produces anatomical changes in the brain.

In turn, there are increasing reports of the benefits of music therapy for problems as diverse as autism, chronic pain and stroke.

Overall, music stimulates brain plasticity, defined as the ability of the nervous system to change its activity in response to intrinsic or extrinsic stimuli by reorganizing its structure, functions, or connections.

Playing a musical instrument is a multisensory and motor experience that generally begins at an early age and requires the acquisition and maintenance of a variety of skills throughout a person’s life. As such, musicians offer an excellent model for studying the brain effects of specialized skill acquisition. Learning music brings multiple brain regions into play and this promotes neuroplasticity.

Much more than an effective tool

It has been proven that when children begin studying music before the age of 7, they develop a larger vocabulary, a better sense of grammar and higher verbal IQ. These advantages benefit both the development of their mother tongue and the learning of foreign languages.

During these early years, the brain is in its phase of further development: it is the stage when 95% of brain growth occurs. Musical training started during this period also increases the brain’s ability to process subtle differences between sounds and aid in pronunciation. And that gift lasts a lifetime, as it has been found that adults who received musical training in childhood still retain the ability to learn foreign languages more quickly and efficiently than adults who did not have musical training in early childhood.

And while many studies have shown that music training can improve language skills, some researchers also question whether music lessons improve general cognitive ability (leading to better language proficiency) or whether the effect of music is more specific to language processing.

83% of music teachers feel that their students have increased their overall engagement in school. Source: Save The Music Foundation

Recent research by MIT scientists found that piano lessons have a very specific effect on kindergarten children’s ability to distinguish different pitches, resulting in improved distinction between spoken words. However, piano lessons did not
appear to confer any benefit for general cognitive ability, as measured by IQ, attention span and working memory.

“The children did not differ on the broader cognitive measures, but did show some improvement in word distinction, particularly for consonants. The group studying piano showed the best improvement there,” said Robert Desimone, director of MIT’s McGovern Institute for Brain Research and lead author of the paper. The study also suggests that music training is as (or more) beneficial for improving language skills than giving kids extra reading lessons.

Listening to and learning music, especially at an early age, is good for our brains. In that sense, it is an activity that is directly linked to the importance of multilingualism, another characteristic that has been linked to various cognitive benefits.